Thank you for stopping by to look into EVA Tryout info!
2022/23 Tryout Information has been updated and you are able to register for the tryouts.

To make sure you are attending the correct age group tryout please check the Age Definition chart that determines your child's playing age group (month and year of birth). Player can always play in age group UP, but can't play in age group DOWN from their defined age group.

For ALL age groups 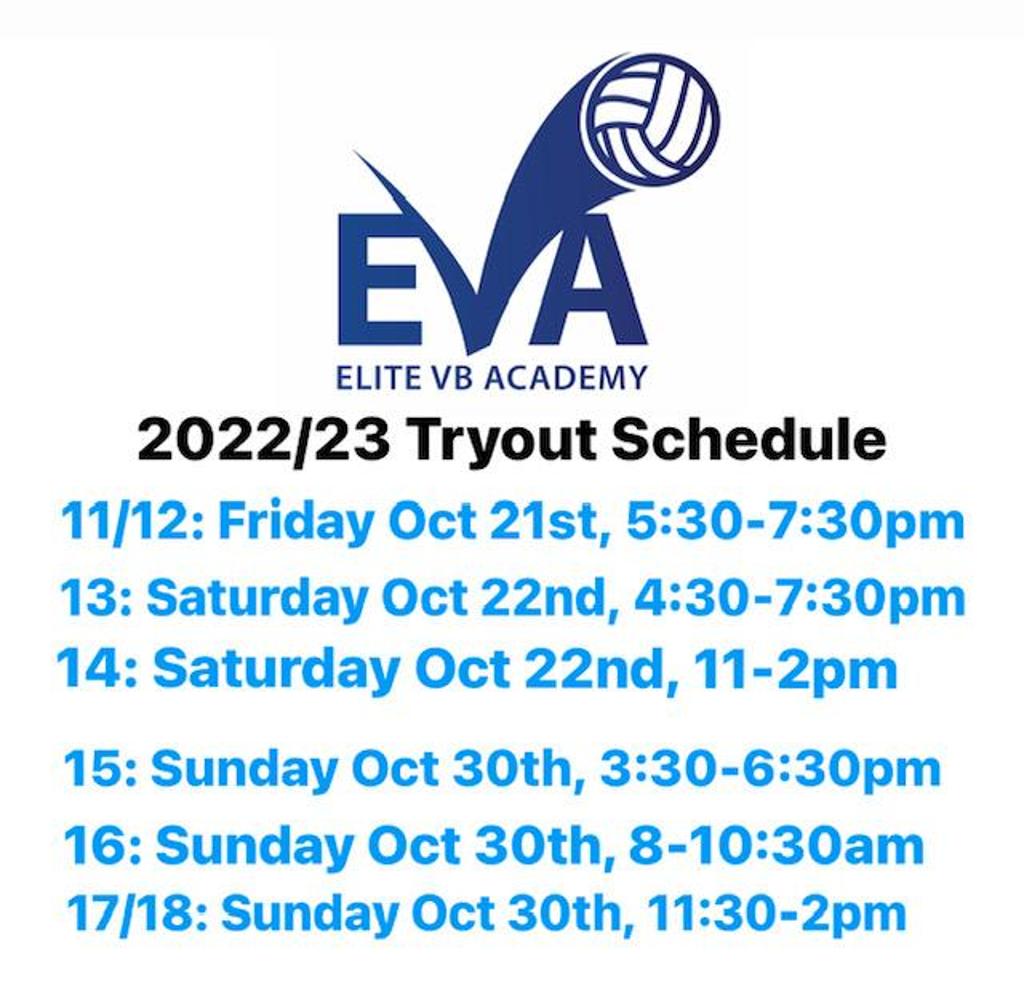 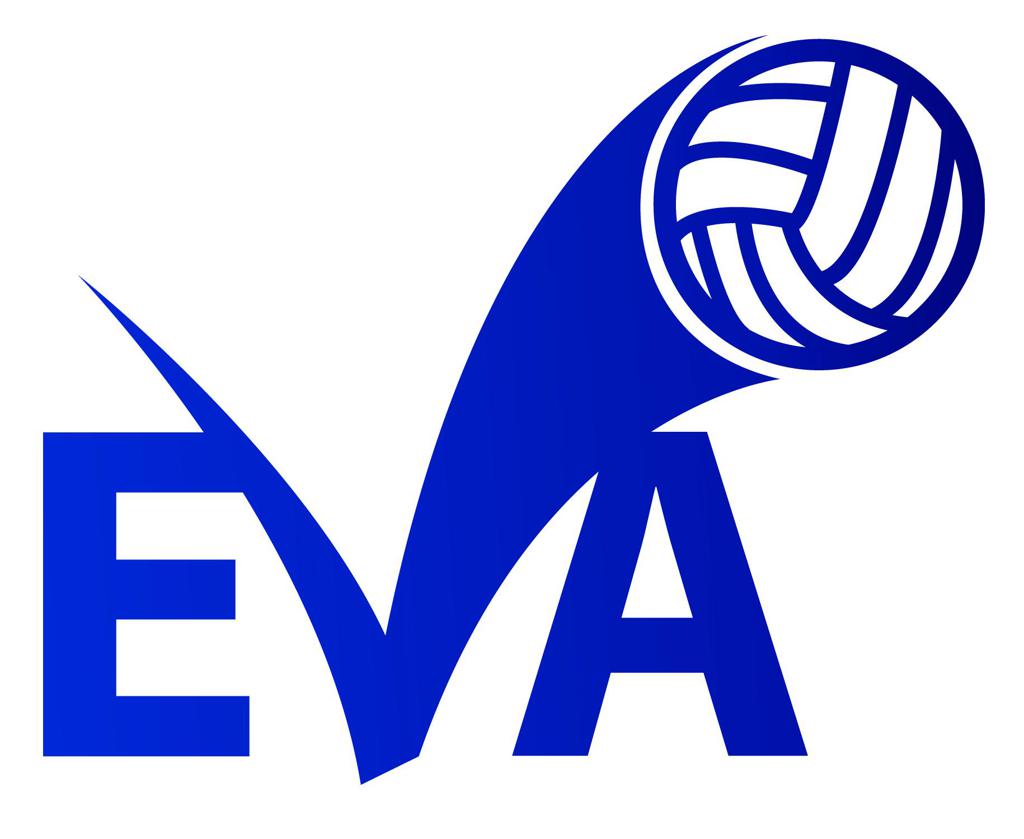 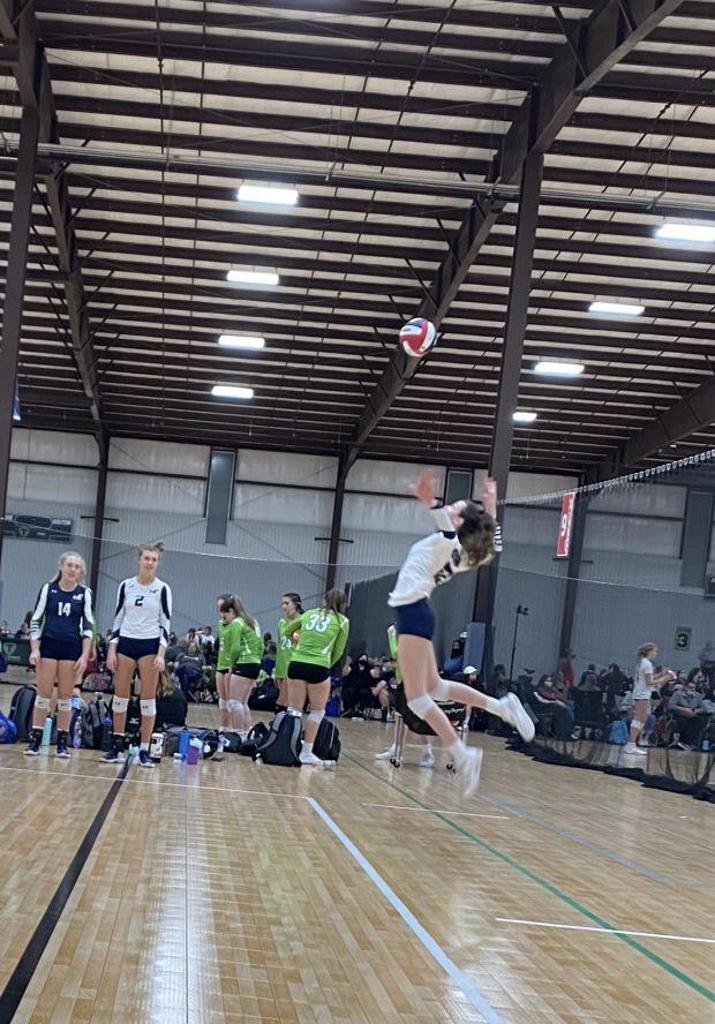 How to Purchase 2022/23 USAV Volleyball Membership

IF YOU ALREADY HAVE A SPORTSENGINE ACCOUNT:  To Purchase a Membership, click on this  "MEMBERSHIP LINK". ​​​​​​All individuals that already have a SportsEngine account will use the same link.

IF YOU DO NOT HAVE A SPORTSENGINE ACCOUNT:  First you will need to create an account before you can purchase a membership. Below are instructions on how to obtain FREE SportsEngine account.

Everyone who wishes to be evaluated and considered for one of EVA teams for the upcoming season HAS to register for the tryouts.
Mistakes are part of the game so don't stress making mistakes - what we are interested in seeing is how you react to mistakes!  We understand that tryouts are stressful environment for players so just do your best and know that in addition to showing us your skills, we want to see your personality and work ethic!

Welcome to Elite Volleyball Academy. We are excited for the upcoming season and are working hard to prepare all the details for the tryout and the season itself.

As a rule, the Delta Region will not refund USAV membership purchases if you do not end up playing club season 2022/23.

It is recommended that athletes purchase the partial USAV Membership that would cover Tryout participation $10.00

If you are new to Junior Volleyball or you are not sure you want to play this season, the Delta Region now offers a $10 tryout fee which is cost-effective. If you are chosen for a team the $10 will be applied toward the remaining cost of off the total cost of a ‘Regular Junior Membership’ (USAV membership is in total $56).  USAV tryout Membership also is not refundable. 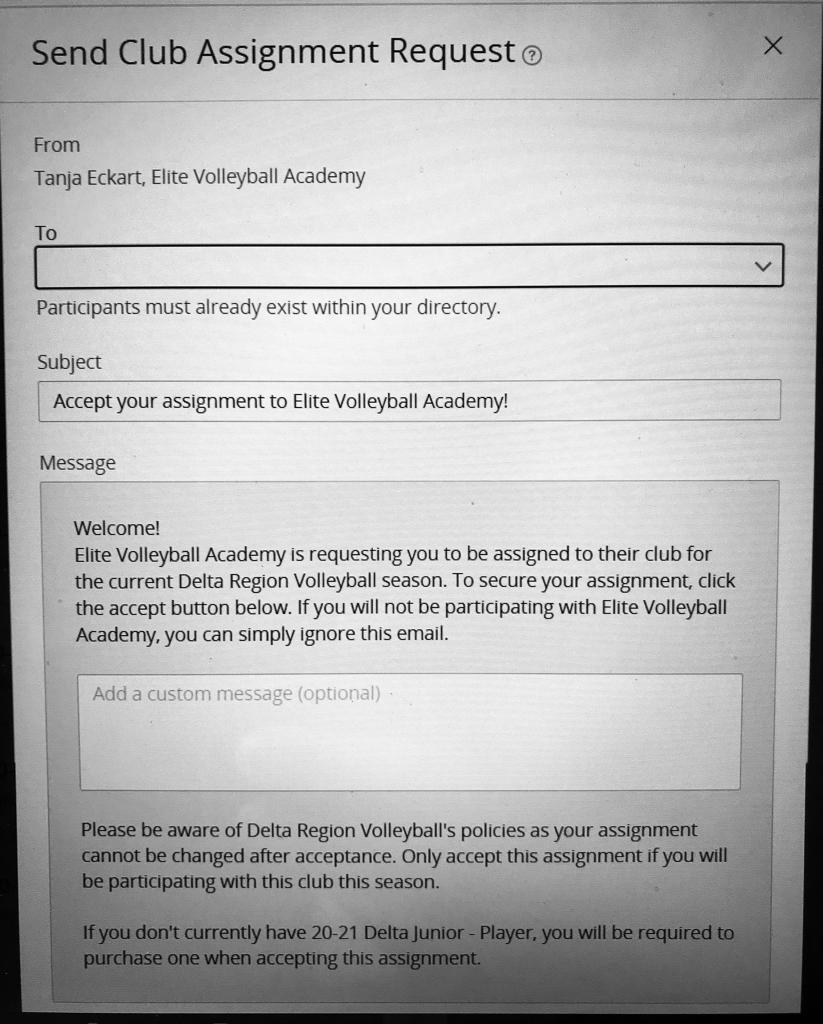 As you can see Club Assignment Request email is automatically generated besides the space in the 2nd paragraph where we will say something like this: "EVA is excited to offer you a spot on _________(insert team name). If you accept this team placement for the season 2022/23 please click accept at the bottom of the email. By doing so, you will become EVA player for the remainder of the club season and your USAV membership will automatically fall in our database to be able to roster you for the season's events.  We are excited to welcome you to Elite Volleyball Academy."

More info on the tryout process

No Age Waivered Players - we typically don't allow age waivers in in any age group due to these couple reasons:
1) holding player down didn't help them learn the speed of the game where they actually needed to play
2) In many tournaments outside of Delta Region did not allow age waivered player to compete. These players are also not allowed participate in bid awarding tournaments as well as in Junior National Championship so we feel that at younger ages players should compete within their age group based on the USA 2021/22 Age Definition chart.

If a family has multiple players, they can all have their membership information in the same master account, using one set of login credentials (called a "family account").  This is different than past seasons.  In the old system, all individuals had to have their own login. *NOTE: Primary account holder MUST be a parent/guardian. Your athlete will have a profile added to your “household” once they have a membership.

NOTE: If you are the parent/guardian of a participating athlete, please create the account under your name and email address. You will add your athlete to your SportsEngine account as a sub profile later during the registration and/or rostering process.

Helpful Tip! If you are experiencing issues when trying to create a SportsEngine account, please reach out to accounthelp@sportsengine.com.

This is different than past seasons.  In the old system, all individuals had to have their own login. *NOTE: Primary account holder MUST be a parent/guardian. Your athlete will have a profile added to your “household” once they have a membership.

QUIZZARD WILL HELP YOU FIND THE RIGHT MEMBERSHIP

SportEngine will use Quizzard to allow members to find the right membership for them based on how they plan to participate.
Once the Member has logged in, they will be prompted to choose "WHO" they are buying the Membership For. This will pull up all of the profiles within their account and give them an Option to add a Child to purchase a Membership for.

Once they select who they are buying the Membership for they will be prompted to add/update their required information.

This will be pre-filled from their SportsEngine account profile.  The following information is required to purchase a Membership:

This invitation from a club is to be placed in that club's directory.

THIS invitation does not bind you to anything, only places you in the club's directory.
See below about the Club Assignment Request that will bind you to the club for duration of the season!!!

When a membership is purchased, you will not have the option of associating yourself with a club. This is different than past seasons.

At team selection you will receive "Club Assignment Request" that you could receive from multiple clubs, but you need to click "Accept" to invitation to a club you selected to play for in 2022/23 season. This acceptance will put your USAV membership in that club's database and you will be bind with that club for duration of the season.  This process must happen before a player or coach can be placed on a roster.

A player may be asked to join several clubs, but you need to click "Accept" ONLY to a club you are accepting team placement for.

A player can not change to another club once they have been added to a club roster until the end of their club season.

Once a player commits to the club, the club will then be able to put that player on the roster of a team. The player is then officially committed to that club. Any financial commitments made to a club are between the individual and the club.

Once he/she accepts a Club's Invitation that player is committed to a club for the entire USA Volleyball season which concludes at the end of the Junior National Championships in July.

NOTE:  Only a change in geographical location of the family due to a change in job, military, scholastic or inner-collegiate status may receive special consideration. Application for a waiver to the Transfer Policy must be made by the parent of the player to the Delta Region Commissioner using the same said form below.

What if the team has disbanded and no longer intends to participate? A player can be reassigned to a different club in the Delta Region if the team the player is currently affiliated with has disbanded and no longer intends to participate in any USA Volleyball sanctioned event, whether in or outside the Delta Region. This must be confirmed by the Club Director before any contact can be made with the player. Players from a disbanded team may request a transfer using the same said form below. A disbanded team may withhold such authorization if the player(s) is/are not in good standing with the club. Any financial commitments to a club are between the individual and the club~ Clubs are private enterprises.

If a player on a disbanded team transfers without filing the proper written authorizations, then the player and the new team/club may be sanctioned.